Why Nothing Beats Fiber Internet

You’re probably bombarded by lots of advertising trying to persuade you to switch internet providers. And these ads all promise the same thing—fast, reliable internet at a great price.

However, quality internet service has nothing to do with the spiffy corporate logos and glossy images of smiling faces in marketing materials. At its most fundamental level, the speed and reliability of your internet is based on the technology and quality of materials used to deliver internet into your home.

The most common internet services available today are DSL, coax cable, wireless, satellite, and fiber optic. Though some of these technologies have been around for a long time, it does not create them equal.

Given the number of choices, deciding which service is right for you can get confusing. At AireBeam, we take pride in helping our community grow with our powerful fiber network. And we’d like to explain in more detail why fiber internet is the best choice for your home or business.

Fiber Internet: What It Is, How It Works, and Why It’s the Best Internet Option Out There

Before we compare and contrast fiber to its competitors, we’d like to describe what it is and its advantages in more detail. There are three primary reasons fiber stands heads and shoulders above the rest: outstanding download speeds, upload speeds, and bandwidth.

These tiny packets of data are transmitted to your devices through light pulses along fiber’s glass strands. Fiber internet literally transfers online data at the speed of light! This means that fiber’s maximum download speeds can easily hit and exceed 1 gigabyte per second. And fiber’s top download speeds continue to increase as its technology improves.

Upload speeds refer to the rate at which your devices send data back to other people and servers. High upload speeds are crucial for stable video conferencing and calls (like Zoom or FaceTime), posting on social media (especially for online videos like on TikTok), and online gaming.

Because of its innovative material composition and sophisticated system design, fiber internet has a great capacity to download and upload data in equivalent measures.

Last but certainly not least, fiber internet has far greater bandwidth capacity than other forms of internet.

Bandwidth is often confused with speed, so let us clarify: bandwidth is the quantity of data and information an internet connection can handle over a specific time (usually per second). Higher bandwidth is critical in households with multiple devices—and for families that like to stream movies, regularly post and view online videos, and enjoy online gaming.

Because of more bandwidth, fiber internet providers typically have no data caps, so you won’t have to worry about end-of-month slowdowns.

ISPs employing older technology (like the kinds discussed below) are far more likely to have plans that sneak data caps into their services. With fiber and its vast bandwidth capacity, you seldom have to worry about data caps hindering your internet!

Fiber transmits data faster and more reliable than other internet options that rely on older infrastructure and materials designed for other purposes like telephone or television. That makes fiber a faster and more dependable internet service for your home.

While the other options on this list may have fast download speeds—or even claim to match some of fiber’s speeds—no other current technology has either the upload speed or bandwidth capacity of fiber.

Below are the four main alternatives to fiber internet available today. We briefly describe them—and explain why they fall short of fiber’s outstanding capabilities.

DSL, short for “Digital Subscriber Line,” is one of the earliest forms of “high-speed” internet.

Built on the copper wiring used for landline telephone service for decades, it can achieve maximum download speeds of around 100 megabytes per second—or about 10% of fiber’s typical 1 gigabyte per second rate.

DSL is still found in many small towns and rural areas that don’t have access to fiber. But since DSL’s maximum speeds are just a tenth of fiber’s, DSL doesn’t even come close to matching fiber.

Next, we turn to the most common alternative to fiber available today: cable.

Short for coaxial cable, “coax” uses copper-based wires to transmit internet signals. While cable is an improvement over DSL, it uses a technology created to send television signals, not internet data. Cable’s copper wiring doesn’t have the “capacity” to transmit data nearly as well as fiber, especially regarding uploading and upload speeds.

And fiber’s speeds are just astounding, up to 10-to-20 times faster than cable. Cable’s copper wiring just can’t keep up with fiber. So when you add in cable’s relatively poor bandwidth capabilities, it’s clear that fiber internet leaves cable in the dust!

Another internet option is wireless broadband. The name can be confusing, as Wi-Fi provides your own home with “wireless” internet, but in this case, wireless internet offers service to customers through cell phone towers with 4G and 5G signals.

Because cell phone towers are increasingly common in areas without other telecommunication or cable infrastructure, they may be a good option for people living in remote areas.

However, wireless internet cannot compete with the high speeds delivered by fiber and here’s why.

Your home or business’s distance from the wireless cell phone tower will impact the speed and stability of your internet—and probably leave you frustrated. In addition, wireless broadband’s signal is easily obstructed by other buildings and structures or affected by the weather and other environmental impacts.

Starlink, a relatively new company, owned by SpaceX, provides satellite internet to remote areas, including many rural areas in the United States.

Starlink’s low-orbit space satellites provide faster speed capabilities than other satellite internet technology. But Starlink is still hampered by the same quality and consistency problems that plague all satellite internet options, including weather interference and other atmospheric factors.

While Starlink may improve previous kinds of satellite internet, it just can’t provide as reliable a signal as fiber’s advanced “hard-wired” infrastructure and technology regularly does.

Other Factors to Consider

So what are the downsides of fiber internet? Well, the biggest downside to fiber is that it’s not available everywhere. The good news is that more and more communities are accessing fiber, including rural and smaller communities.

Another consideration is that fiber’s highest download speeds per second—usually a gigabyte per second—can be pricey, meaning some people may not as easily afford to max out on fiber’s outstanding benefits. But even fiber’s more modest speeds are still faster and more reliable than the other forms of service currently available, making any fiber internet plan an excellent value.

As you can see from the above comparisons, fiber clearly delivers superior internet at greater speeds and with more consistent reliability than any other option. It’s the best choice for high-speed internet on the market today.

If you have other questions about fiber internet and how it can help make you more productive, the friendly support team at [ AireBeam ] is available to help. Be sure to follow our social pages to learn more about our fiber network! 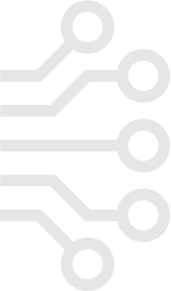 Notify Me When Coverage is Available